Turning Casual Visitors to Raving Fans… There’s a Trick to That! 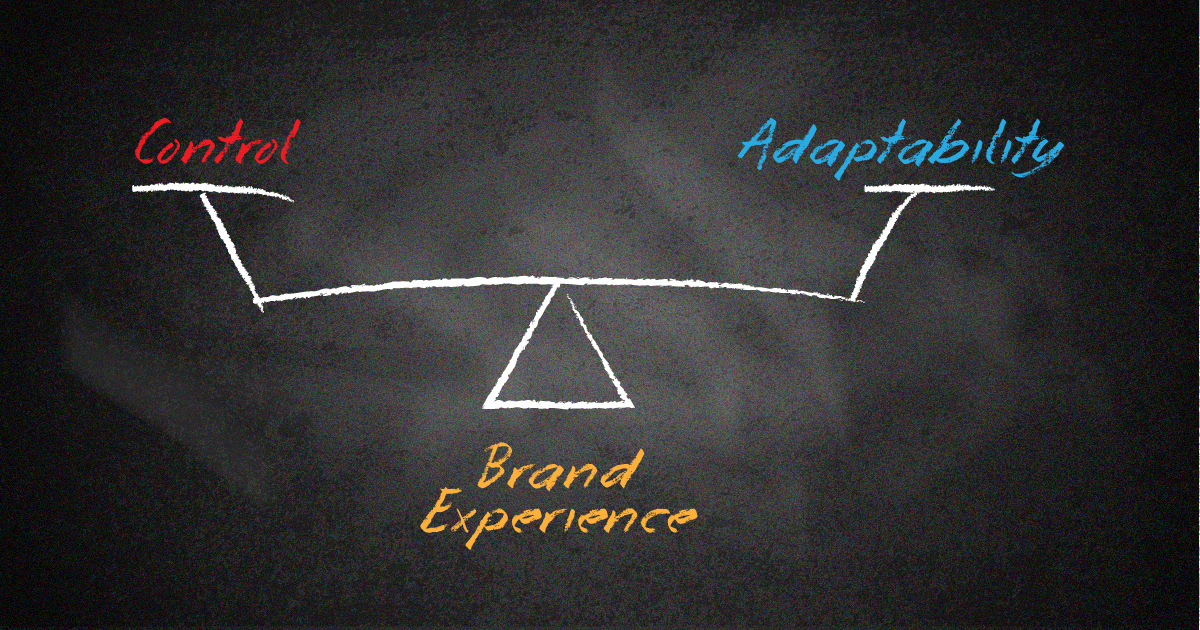 You know the feeling…

The one you get when you put on your new pair of Nikes and immediately feel like a champion. Or when you walk into an Apple store with that same glee you used to feel running into your favorite candy store at age five. Or when you cozy up on the coach to watch Oprah as if you’re about to have a heart-to-heart with your bestie.

That feeling, dear friend, is called having a brand experience. A great brand experience. The kind of experience that makes you feel like a true part of the brand. That keeps you coming back for more. And that makes you truly care about a brand. That feeling changes everything. Because caring is the “magic bullet” of doing business. Because when customers care? That’s when you get fans. Not casual I-don’t-really-care-give-me-whatever buyers. But loyal, if-you-don’t-like-this-brand-we’re-breaking-up fans.

But how do you do that? What’s the trick to creating a great brand experience that turns your web visitors into raving fans? Letting go of control!

You see, an experience is not a static thing. It’s not a piece of dead meat you can swing around hoping that the smell will attract the right sort of customers. (Vultures…?) No sir-ry! An experience is an interactive communication process between your business and your clients. And as such, it stands at the cross-section between your brand identity and the perception of your brand in your clients’ minds. Why in that cross-section? Because…

A brand experience is synthesized by what you create and how people perceive it.

This means that brand experience is neither strictly in your control, nor entirely out of your control. You can control what you put out into the world, but you can’t control people’s reactions. You can, of course, try to gauge those reactions beforehand. But even more importantly, you can adapt to reactions and even adopt some of the feedback.

The secret to crafting a great brand experience is knowing when to exercise control and when to open up to adaptability.

And great brands know precisely how to strike that balance. Let’s take two brands of international renown, a product brand and a personality brand, as our examples. Let’s see how each of these walks the line between control and adaptability. And then let’s talk about how you can handle the dynamic relationship between your brand and the perception of your brand by your visitors in order to enhance the experience of you brand.

Nike was created by a track-and-field coach, Bill Bowerman, who wanted to create a better running shoe for his athletes. Bowerman’s belief that a superior product can improve performance is reflected in every single aspect of the brand: the name “Nike” comes from the name of the Greek goddess of “Victory.” The famous swoosh logo is an abstraction of one of the wings on which the goddess flew down to earth to crown the winners. And the slogan “just do it”—perhaps the most motivational slogan in the history of branding—has inspired entire generations of athletes to give it their all. In this sense, the brand has (successfully) controlled its output. Nike has never been “just another sports brand.” It has always positioned itself as a premium top-performance brand, built for the needs athletes (not just the general public). The strict control of the brand is also evident in the the exclusive use of professional athletes for commercials (rather than models), and the inspirational content of Nike’s ads that never sell products directly, but rather “sell” the spirit of victory and achievement.

That’s the brand. But how about that brand experience?
Nike has been continuously adapting its style to the fashion of the times, and has been openly adopting suggestions made by its loyal fans. Beginning with its target clientele, the company has adapted its output from just running shoes, to specialized equipment for every sport out there. And they did that by listening closely to the needs of athletes. On a broader level, Nike has always managed to keep a finger on the pulse of youth by inviting customers to share in the experience of professional athletes through iconic ads, such as the Michael Jordan series, or the daring (and somewhat controversial) campaign celebrating the athletic bodies of women, or most recently, the adaptation of international soccer stars into video-game superheroes trying to save the world from computerization. And that’s not all. The most brilliant move the brand has taken towards adopting its fans’ suggestions and involving them directly with the brand has been the release of individually customizable shoes. This open and two-way interaction of the brand with the public has made it appear human and approachable. It created fans that are emotionally vested in the brand’s success, where there would otherwise have been only admiring bystanders.

Oprah has created one of the most recognizable personality brands in the world. And her success hasn’t been accidental. When Oprah was asked at a beauty pageant at the age of 17 what she wanted to be, she didn’t just say a journalist. She said she wanted to tell the stories of people from a personal perspective. And that desire fueled and controlled every decision Oprah took about her personal brand. Starting as a regular news-anchor, she stood her ground about the importance of individuality when the channel asked her to change her strange name to a more “relatable” one. That same individuality, moreover, led to the creation of her unique brand of journalism that covers stories with incredible empathy and humanity. Throughout her career, Oprah has taken careful control of her brand. From her very first TV appearance, to creating the talk-show that defied all known categories, to finally creating her OWN network that encapsulates all her life’s work, she has infused her personal touch in all she did. The public persona we now know as Oprah did not come by force of accident.

But the reason Oprah has enjoyed such a long success at an age in which TV stars rise and fall faster than a five-year-old on a bicycle, isn’t simply due to her strong personality and her adamant beliefs. Such obsessive control, in fact, would have landed the not-yet-famous O out on her tush in no time. But the lady knows all about crafting a great experience and letting go of control. One of the main reasons for her success has been her intuitive adaptability to the needs of both her guests and her audience. As stories were unfolding live on the stage, Oprah knew when to guide the conversation and when to let the audience enhance the story with their own experiences. But Oprah wasn’t adjusting only on the air. Each day after her show, she would stay on the set and talk to her viewers for a full hour off the air. And she wasn’t just hearing to what they were saying, because some manager made her do so. She was really listening to their opinions and wishes and desires, and then adopting those suggestions and questions into future episodes of her show.

Once upon a time, the brand game belonged exclusively to big companies that had the means and resources to reach out to their clients and find out about their brand was really perceived. But size is no longer an excuse for under-delivering on experience. (Ahem!). Since the advent of the internet and the explosion of social media, we all have free and direct access to the minds and opinions of our audience. Social networking sites give all of us countless opportunities for creating personalized experiences and building real relationships with our fans. In fact, the smaller the company, the greatest is the opportunity for engaging followers personally with the brand and offering them an exquisite experience. This is every brand’s game now.

Let’s talk about some real, practical ways you can adjust your control and adaptability to enhance your own brand!

Control: What’s the one aspect of your brand that you must communicate to your audience? In other words, what makes you not just another ______? (Photographer, nutritionist, coach, speaker, etc.)

Adaptability: What are some ways you can invite your fans to participate in your brand? What channels are you creating for real-time open communication and sincere listening?

Tell us in the comments. Let’s control and adapt this great brand experience together!