Tools of the Trade: What You Need to Succeed 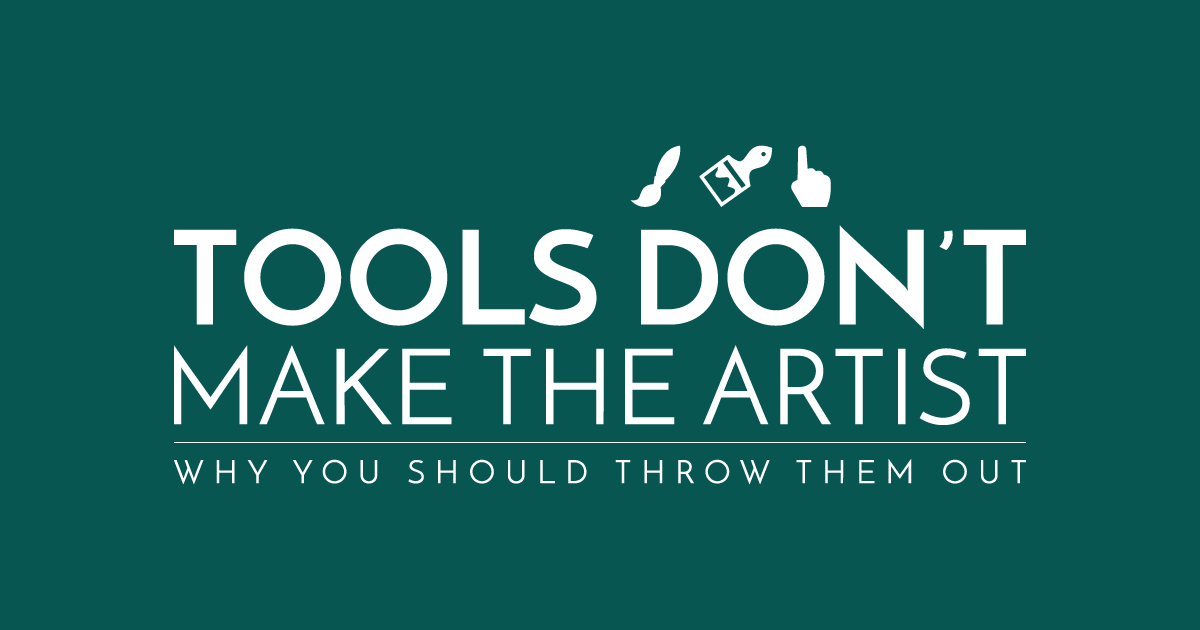 “So what is it you really liked about my portfolio?” Stella asked. “Which of my previous works was the one that convinced you to pick up the phone?”

The prospective customer at the other end of the line had called Stella in a state of super-excitement wanting her to start working on his project immediately. Naturally, Stella was trying to get some more information from him first, and see which style and design he had felt most attracted to.

“Umm…” Silence. “To tell you truth… I didn’t really look through your portfolio…”

“I didn’t have to look through your portfolio. I just opened up your CV and thought ‘If she can design something as boring as a CV as well as THIS, then she’s the designer for me.’ And I called you right away. I have lots of forms that need designing in Word. Can you do that?”

But here’s what you might not know if you’re not a designer:
Most designers would have shuddered at the request, and some would’ve even hang up the phone.

A designer asked to “design” in Word? What insolence!

But the customer had a point.

Not because he was the customer and the customer is always right—because he often isn’t. But because he knew that a pdf form or a fancy design-program form wouldn’t do for him. He needed the flexibility of thoroughly editing his forms that only a simple program like Word offers to non-designers.

So what did Stella do?

Knocked his socks off by designing some amazing forms in Word, of course!

We were reminded of this story just the other day (which happened quite a few years ago) when Stella opened up a form she was designing for another client in Word and the client just stared at it agape:

“How can you do such an amazing job with the same software I struggle with?”

When Stella had first suggested she designs the forms in Word, several people on the team protested. Especially the creative people. Designing forms in Word, their looks suggested, is equivalent to throwing the Holy Design Handbook out the window!

Design Commandment #402834: “Thou shall not design forms in Word, but only in InDesign.”

Once Stella, however, transferred the exact same layout from InDesign to Word, all that was needed was a quick training so that the sales team could edit the forms correctly and save them as pdf’s, and VOILA! Everyone can now do their own work, the process of getting back to clients has speed up and no one has to bother anyone else with small requests.

Now, let’s get one thing straight:
We’re not knocking specialized tools and software. We use and love those.

The point, rather, is this:

Your brilliance should shine through no matter the brushes you’re using.

Brushes are just tools. As are cameras, writing software, editing software, light stands, fancy gym equipment, high-speed blenders, or any other tool you may “need” for your work.

We all love to get our hands on those specialized high-end tools that allow us to produce high-quality work. But sometimes circumstances prohibit us from using them.

That should never be an excuse for producing shit work.

The tools are just the tools. You’re the master using them.

To think that over 1 million people would read something that I wrote in the loneliness of my room and with the 28 letters of the [Spanish] alphabet and my two fingers as the only tools would seem entirely crazy.

What does that tell you?
That the grand maestro Gabriel García Márquez didn’t even know how to type properly!
He was the old man banging away at the computer with just his two index fingers.

Because he was born in an age where typing didn’t come as one of the innate abilities of the human race.

But not having one of the tools of the trade at this disposal, didn’t stop him from writing some of the greatest and most exquisite pieces of prose the human race has ever known.

Tools are just a means to an end.
Do you need to master the tools? Sure, as much as you can.

But knowing the tool handbook by heart won’t make you an artist. And not having the right tools won’t keep you from making art.

Your art, your creativity, you passion, comes from deep within your heart. That’s your raw material. What you use to shape it hardly matters.

Let go of excuses and get to work with whatever you have.

What tools do you use to create your art and build your business?

Do you have a similar story of creating something beautiful and functional with the tools no one expected you could?

Share with us in the comments. Let us know we’re not the only weirdo ones!