How to Know What Customers Really Want (Without Reading Their Minds) 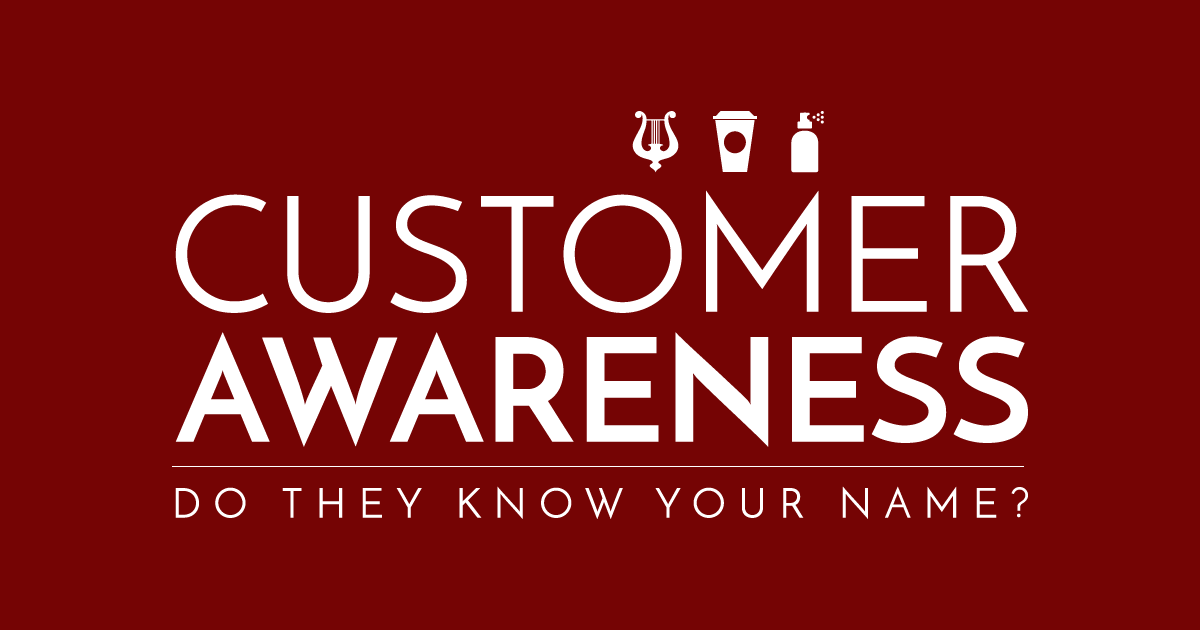 filed under: Branding | Copywriting
After a dangerous climb up the steep and craggy slopes of Mount Parnassus in Central Greece, an ancient visitor to the Oracle of the god Apollo in Delphi would come face to face with the following famous advice inscribed over the temple door:

It makes me wonder if people didn’t throw themselves on the floor in violent tantrums and hissy fits, pulling out their hair and rending their tunics at the ugly joke. The faithful, after all, made the long and arduous journey to Delphi to consult the oracle in order to LEARN their future—not to be told to know themselves.

But the inscription was no joke. And the god was right, of course, in his advice.
That’s why our advice to anyone who comes to us looking for strategic copywriting and design advice boils down to:

Just like the god Apollo warned that you could only interpret his oracles right if you actually knew yourself and understood (and accepted) how his riddles applied to you life, so it goes with your business.

Your customers tell you exactly what they want (or don’t want) all the time. But they speak in riddles. And you can only interpret their riddles correctly if you thoroughly know your brand and honestly understand where it stands in the market.

Otherwise, no messaging of yours will ever work in reaching your ideal clients.

Levels of Awareness: What Do Customers Really Want?

There are 5 basic levels of awareness that customers can have towards your brand. And understanding where your customers stand will help you create successful campaigns that speak right to their hearts.

The 5 levels of customer awareness were first introduced by the copywriter Eugene Schwartz in the 1960’s and have been in use by marketers and copywriters ever since. And they go like this (served with a dash of chocolate & caviar on top, of course!)

Or, the “most aware” as Schwartz would say.

At this level, customers know your brand, know your products, know what they do, and know they want them. They’re totally and utterly in love with your brand!

All you have to do is put the product before them and they’re ready to buy buy buy!

These brands have achieved the in-love level of customer awareness. That’s why Apple can use “Think Different” as its tagline and put out an ad featuring a rectangular object, a non-word like “iPhone 6,” and the obscure “Bigger than big” as its message. And we ALL want it. 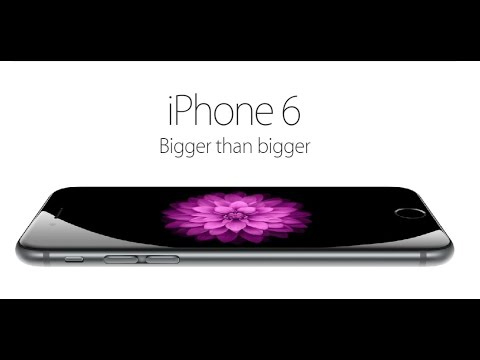 This level is only ever achieved by big household name brands. Seriously.
Unless one billion people know who you are or an entire nation is ready to throw a hissy fit because you changed the design of your Christmas cups, you should never attempt a campaign as vague as that of Apple above.

The biggest mistake committed by small-business owners and entrepreneurs is to follow in the footsteps of the big brand names in their campaigns without understanding the standing of their own brand. If people don’t recognize your logo as easily as the eaten apple or the swoosh, In-Love strategies won’t work for you.

At the not-exclusive level of awareness, the customers know of your products or services but are not convinced they should buy from you. Although they want to buy services or products like yours, they don’t yet see why or how you’re better than your competitors.

The job of your campaign, in this case, would be to sharpen your brand image and exhibit your superiority.

An example in this category would be a famous international wedding photographer. A bride shopping in that industry has heard your name from other satisfied brides or well-known bridal magazines and knows she wants Hollywood-glamour wedding photos.

Show a future bride the most glamorous wedding picture she’s ever coveted and she’s sure to choose you as her photographer.

This level of awareness is again pretty difficult to achieve. The brands in this group may not be as famous as those of the previous category, but are still household names in their industries.

Remember to be honest with yourself and know your brand well!

Ever used that excuse with a store clerk before? “Oh, I’m just looking around.” Why do we say that? If we’re out shopping, we’re obviously looking for something. But because we’re not sure what that something is yet, we don’t really want to be bothered or “sold to” by the clerk.

And this is precisely how customers at the third level of awareness feel: They don’t want to be sold to.

Understand that sentiment, and you’ll have won most of the battle of online sales. Because this is the level that most of the people on your email list fall into. They know of the desire they have for a product or service, they know that you’re one of the possible solutions out there, but they have no preference for you… yet! They’re still checking out all the specs and details.

Your best weapon for conquering the hearts of those lingering at this level? Long-form sales pages!

That’s right. They don’t have to be novels, of course, but you want to direct customers of the Just-Looking-Around level of awareness to a well-structured, clear, and well-written sales page that gives them all the information they need and all the time in the world to browse until they’re ready to make that buying decision.

Pro tip:
Beware to never force the buy button on the Just-Lookers too early or they’ll turn to fast-runners real quick!

In real-store talk? This is where you let the customers wander around the store, checking out every single sweater you have in every single color, even though you know that the red button-down one is the best fit for them.

This level isn’t about showing people your products (because they’re not in love yet), but about letting them discover them for themselves. (Because that’s how they’ll fall in love. There’s magic in discovery!) And that’s also why you’ll never see Apple use a long-form sales page. They’ve got the love already.

Level 4: Houston, We Have a Problem

Most new visitors to your website who come in either through google results or through other links around the web will be at this level of awareness. They clicked on your link because it seemed to respond to their problem, but they still need to be educated on what the solution is before ever discussing anything remotely related to sales with them.

Everything on your website, from your About Page to your Blog and everything in between (with the exception of your sales pages) should be talking and educating and informing customers while at the same time building deep relationships of trust with them through the value you offer.

Once people understand how your product or service solves their problem, then and only then you can talk sales with them!

A lot of small-biz owners and entrepreneurs get this wrong when they try to make the main copy of their website or of every blog post they write a direct sales letter. Sure, you have to throw out those “buy” buttons eventually if you want to sell. But timing is everything. And customers who only know the problem and not the solution yet are NOT ready to buy.

Don’t rush things. Let them discover the joys of your brand first.

Or “the unaware” as Schwartz would have it.
This is the hardest level to sell to. The hardest. By a long shot.

Because at this level either the customers don’t even know they have a problem, which means you have to spend a lot of time educating them on that first before you ever get to your solution. Life insurance is a good example of this, because no one considers not having life insurance an urgent problem. Until they die. And then it’s too late…

Alternatively, the customers know they have a problem but are not willing to admit it. Think adult incontinence, smelly feet, hair loss, bowel issues, and generally embarrassing issues.

Speaking of bowels, one of the companies that does a killer job at selling to customers on this level of awareness is Poo-Pourri. If you’ve never heard of them, you should! It’s a company that sells before-you-go toilet sprays that eliminate odors.

Problem 1: You have to get people to admit their poo stinks before they buy.
Problem 2: You have to convince people your product is better than other sprays they’ve secretly tried and which left the bathroom smelling of poo and roses. Which is even worse than plain poo.

How do you sell to customers at this level? Not by showcasing your product or the problem — nobody wants those.

But by identifying your buyers through a characteristic they’ll understand and calling them out (with tact).

Poo-Pourri does its market call-out with great gusto and humor! Search for them on google and you’ll get the line:

Any girl who knows about the shameful, secret problem of poop smelling will be inclined to click!

And the first thing she’ll see on their site?

“Spritz the bowl before you go and no one else will ever know!” 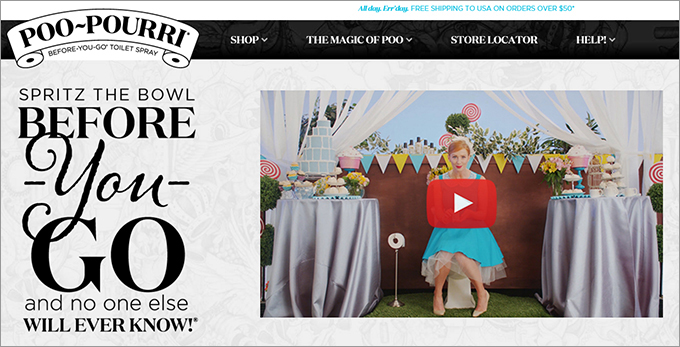 Now that’s understanding your customer’s level of awareness and knowing your brand!

Poo-pourri emphasizes the “before you go” feature because they know everyone has (secretly) tried after-you-go sprays that have failed.

They also know you want to keep this whole thing a secret. And they’re down with it. “No one will know.” Except that now everyone knows because their marketing is so brilliant and their copywriting so hysterically funny you won’t be able to keep it to yourself!

Again, this is the hardest level to sell at. But it’s not impossible.

Remember that the most important thing to emphasize with an audience at this level is neither your prices, nor your products, nor the problem. You have to call your audience out and call them together in a way they’ll identify with your brand!

You don’t have to be a mind reader to know what your customers want.

But when it comes to constructing your message, the message is not all you have to think about. If you don’t want to sound like some sleazy marketer who’s trying to push services or products that your audience doesn’t care about (even though you know they need them) you have to connect with them at their own specific level of awareness.

The good thing about the complexity of the web and the versatility of modern website is that you can construe your messages in many different ways and target specific customers with each version.

What sort of customer awareness levels do you deal with in your business?

Have you ever thought of framing your message differently for different audiences? And how’d you do that?

Let us know in the comments! We’d be happy to help if you’re struggling to reach people in a specific level of awareness.